Microsoft just released an updated Read80Trace that works on SQL Server 2005.  The name is simplified to just ReadTrace.  ReadTrace is a command-line utility that analyzes a SQL Server trace file and summarizes performance.  The new version has a more graphical interface.  The original was one of the most helpful performance tuning utilities I've ever used.  I expect this one will be just as useful.

I typically use the tool to summarize performance by SQL statement.  ReadTrace will "normalize" the SQL statements by replacing constants with placeholders.  This lets you identify which SQL statements are using the most resources. 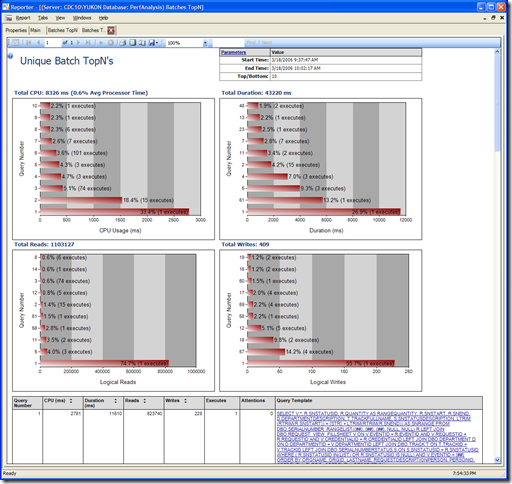 You can read the PSS team's blog entry or just download the utilities.  There is some additional functionality for replaying traces.