Over the last year I’ve watched my usage of Facebook change.  A party in my hometown really capped off the change.  When I started out on Facebook all my friends were technology people.  Facebook hadn’t invaded my hometown yet.

I grew up in Baldwin City, Kansas about 50 minutes southwest of Kansas City.  The population was around 2,000 when I graduated from high school.  That was back in the days of Miami Vice, Dire Straits, Back to the Future, Family Ties, Huey Lewis & the News, Rocky IV and Simple Minds.  (And yes, I was just as cool as Don Johnson.  Weren’t we all?)  We used to stop at Jack’s Dari-Ring to get slushies on hot summer days.  Now the town has McDonald’s, Sonic, Taco Bell, Pizza Hut and a stop light.  I’m not entirely sure that’s progress.

Each year Baldwin City hosts the Maple Leaf Festival.  The town is full of maple trees that all change color about the same time.  We have a parade, lots of booths selling painted saw blades, funnel cakes, quilts and other knick-knacks.  The parade always brings out the best of small town America.  Lots of local politicians, marching bands and floats.  In that last picture are the runaway brides. 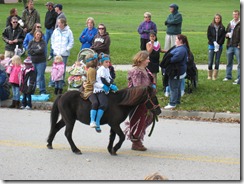 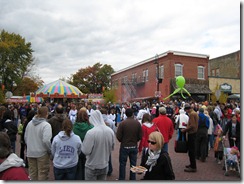 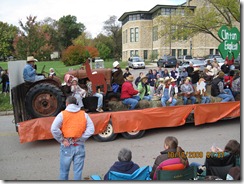 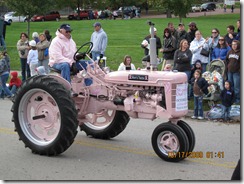 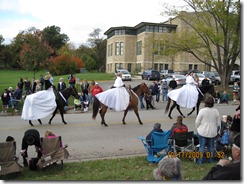 Over the last year or two my Facebook friend’s list has filled up with people from Baldwin City.  I don’t have a huge number of friends on Facebook but it’s probably two-thirds Baldwin High School alumni now.  And this year they decided to have a party.

Five girls from Baldwin organized it to coincide with Maple Leaf.  Many of the high school classes hold their reunions at this time also.  I watched the confirmations click up curious to see how many people would attend.  I thought it would be great to see 20-30 people I hadn’t seen in a while.  The confirmed count kept going up and finally stopped around 150.  You have to remember that we typically graduate sixty people per year.  So that’s 25% of the people in the 10 year range that I fell into.

I attached some pictures below.  Yes, that’s me in the last picture with a very tipsy Lynn T.  I hadn’t seen her in years!  After getting 150 people to confirm I thought it would be great if half of them showed up.  And half of them did.  And so did the other half.  And another half.  And another half.  They had a sign in sheet in the back and we had over 300 alumni sign in.  Plus I have no idea how many spouses, dates and friends were running around.  This quick little get together packed this place and kept the bar open until 1:30 in the morning when they finally threw us out.  (Which brings up two interesting points: (A) Baldwin has a bar and (B) it stays open until 1:30!  Who knew!) 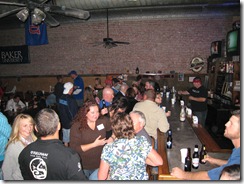 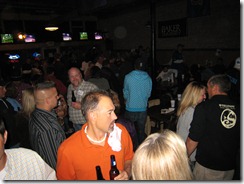 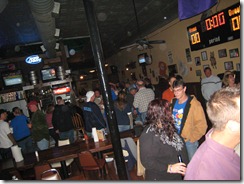 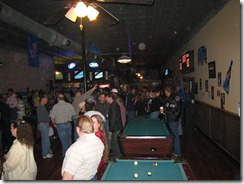 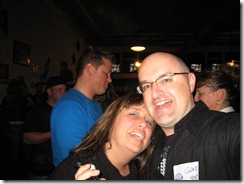 I can’t remember a night I had so much fun!  I saw so many people I hadn’t seen in years!  People I never would have run into at a reunion because they weren’t in my class.  All through the night I kept thinking about what next year is going to be like.  I know it will be bigger.  Can we get 500?  Can we get 1,000?  Facebook really did help us have a fantastic event.

I tend to use technology to further my career.  I blog about technical topics.  I write technical articles.  I answer technical questions in forums.  But Facebook has really turned into a medium where I interact with my non-technical friends.  I think email is the only other thing like it.  Is this how you use Facebook?

Interact with the PASS Board at the Summit

Almost a week with Ask SQLTeam