One of my clients is in the process of standardizing all their servers on RAID 10.  We discovered one of their smaller servers had been delivered with RAID 5 already configured.  I took the opportunity to run some tests on the drives prior to reconfiguring them into RAID 10.  My tests weren't very scientific.  I just used SQLIO.EXE to generate random 8KB reads and writes. 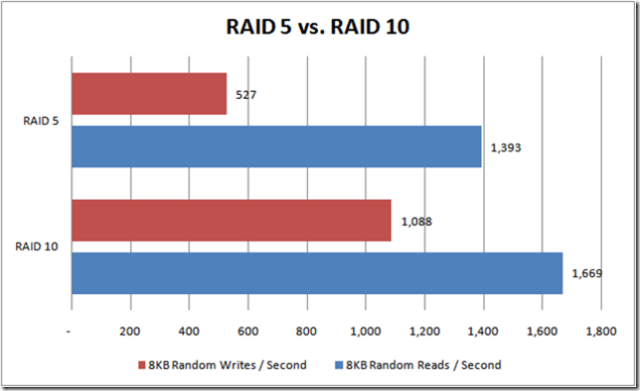 Reads were just a little bit better but writes were almost twice as fast.  This makes sense as the array isn't spending time computing the parity information.  Some notes on my setup:

I'm finally doing a little work on ClearTrace.  The only visible result…

I'll be speaking to the St. Louis SQL Server Users Group on…